- Today's Weather: more clouds. 30 percent chance of PM showers. Humidex 28.
.
- Amber Alert from PEI yesterday:
A witness contacted the authorities in Summerside yesterday because they saw a girl in a car yelling that she was being kidnapped. An Amber Alert went out with a description and other details.
Later on yesterday, the girl contacted police to let them know that she had been yelling to a friend in another vehicle... it was a joke between friends. Police confirmed the details and issued a statement saying thank you to everyone who helped resolve the case.

- Provincial Election to Happen Sept 14th:
In case you were wondering, it's been less than two years since our last Provincial election. That one was a bit of a doozy where Brian Gallant got to be Premier for little while before Blaine Higgs.
(Editorial: That roller coaster ride all happened without the added bonus of a pandemic.)
Premier Higgs says the Liberals made this happen when they walked out of meetings to negotiate a No-Election-During-Pandemic© deal. The Liberals see things differently.

The premier said the Green Party and the People's Alliance of New Brunswick (PANB) were willing, but the opposition party was not willing to agree to prop up the Higgs minority government until September 2022, or until the pandemic had been declared over.UPDATED: New Brunswick premier calls early election during pandemic. Includes VIDEO report by @LauraBrownCTV and @CTVAnchor's interview with Blaine Higgs. https://t.co/VCw3vNPUqG

Cathy Rogers won't be running in the next election...

Cathy Rogers will not re-offer in Moncton South: https://t.co/PTpqrCm7Pa 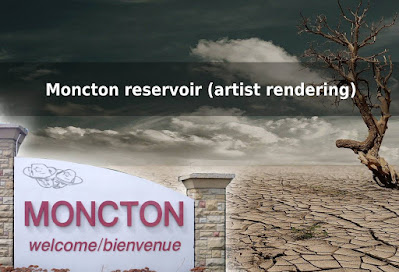 - Update on the drought of 2020: I saw someone running their sprinkler yesterday.
Please continue to conserve water so we all can prevent blue-green algae from impacting our drinking water. Just say NO to watering your lawn and washing your car. More.
.
- Covid19 Update: (https://www.newcountry969.ca/CoronaVirus/)
No new cases yesterday, Prov still at 15 active Covid19 cases:

.
- Main Street Traffic will go back to the way it was (two lanes, not one):
According to the Times and Transcript story, Council voted to switch things back the way they were after a bunch of downtown businesses signed a petition to get rid of the one-way situation that's there now. (Council says they'll end the experiment by the end of the week.)

.
- NHL Playoffs:
Bruins, Colorado, Tampa Bay with wins, Canucks lost to the Blues.
Today it's the Habs and Flyers in the afternoon game, the Flames/Stars game is after supper, then the Caps and Islanders, the late-nighter is Chicago and Vegas.
.
- The CFL cancelled its season on Monday because: COVID-19. There won't be a grey cup for the first time since 1919.
.
- Traffic Notes from Dieppe:
~ lane reductions on Champlain Street - between Collège and Lafrance - from Mon Aug 17 to Fri Aug 28 so they can install traffic lights at the crosswalks.
~ lane reductions on Champlain Street - between Marché and Collège - on Mon Aug 17 and Tues Aug 18 because of sewer work.
~ Fox Creek Road - between Melanson and Pierre - will be closed to traffic on Mon Aug 17 and Tues Aug 18 because "installation of a forcemain for the new pumping station. Work will be ongoing until September."
.
- Back to school stats:
These guidelines seem to show that our kids are safe heading back to school...

.
- Attention Bus Riders:
The City sent word out that Codiac Transpo will start normal fare collection again on Monday Aug 24. You'll still have to wear a mask on buses and they're still gonna run at 50% capacity.
.
- Who remembers phone numbers nowadays?
but if you're worried about remembering ten digit phone numbers in NB, you have more time to get adjusted. NB is still getting a second area code (428), but that change is postponed until 2022 because they re-crunched the numbers and figured we won't use up all the 506 phone numbers until then.
.
- Parking Lot Expansion over Rabbit Brook? Opinions Welcome:
*The deadline to submit feedback is Sept. 21 at noon (info.clerk@moncton.ca)

The City has received a Rezoning and Municipal Plan Amendment application to change the zoning and land use designation of 211 Mapleton Rd. This request would accommodate an expansion of the existing parking lot over Rabbit Brook (as shown in this image). /1 pic.twitter.com/iVLUEjIDGb

🤠Contact🤠©Scotty and Tony Show on Stingray™