- Today's Weather:  sun and clouds, then more cloudy this afternoon with a chance of showers. Humidex 28... On Saturday, sun and clouds by afternoon, with a chance of showers. Humidex 31... Sunday, chance of showers. High 25.
(If you want to check the Firepit Index, BeachSwim Index, Travel Bubble info or other, go HERE.)
(For info on the Staycation Cashback offer from the Province go HERE)
.
- COVID-19 update:
*There are no new cases in NB yesterday.
* Russian hackers tried to steal COVID-19 vaccine research.
Canada, the United States, and the U.K. have all issued statements about "malicious cyber activities".

“These malicious cyber activities were very likely undertaken to steal information and intellectual property relating to the development and testing of COVID-19 vaccines."https://t.co/QDT63ces6Q

* The NB Government is coming out with guidelines for businesses and organizations that have to collect people's info for Covid-19 contact tracing. This is a result of privacy concerns and people not being clear on things like how this info is collected and safely stored, and how long it's kept.
The Province is supposed to have the rules out next week.
* Yesterday, the Prime Minister made it official that the Canada/ U.S. border will stay closed to non-essential travel. That closure has been extended until August 21. The announcement wasn't a surprise.
* The Premier of Quebec told reporters that he's optimistic about reaching an agreement with NB Premier Blaine Higgs to let Quebecers living near the NB border into our Province.
Quebecers across the border from Campbellton want to be able to come into NB and shop, which would help the economy of Northern NB if it can be done safely. Premier Higgs says any decision will be based on public health risks.
* There's still not a big rush on opening up the Atlantic Region to the rest of Canada. A couple weeks ago, when the Atlantic Bubble started up, there was some talk from some Atlantic Premiers about today's date (July 17) being a time where things might open up to more of the country. Now it seems like all the Atlantic Premiers are on the same page and less anxious for that to happen.
* Hockey New Brunswick says that if all goes well, kids will be playing hockey again in September or October. Hockey NB has a 5 phase plan to ease back into the game safely. Read the guidelines here:

.
icymi, Levee on the Lake is tomorrow starting at noon in Sackville. It's a free concert that you watch from Silver Lake.

.
Urban Chickens?
You're allowed to have chickens in Moncton, but not Riverview... well, the Town of Riverview is taking  another look at that bylaw.

.- Dieppe's Happiness Rocks
Starting next week (Wednesday) you can watch for "Happiness Rocks" in in parks and along trails in Dieppe. (There was a press release saying that this was happening starting today, the official start has been changed to next week.)
500 rocks have been decorated by artists and hidden all over.
They have inspiring messages and nice colours, and if you find one, you can keep it. Please, one rock per customer. Here's a sample... 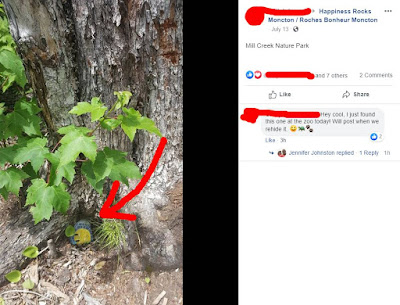 .
Traffic Notes:
~ Elmwood Drive (moncton) between Cross Street and Reilly Avenue, will be closed to through traffic until 5 p.m. on Friday July 17.
~ Lane reductions until the end of September on McLaughlin Drive, between Hennessey Road and Edmond Street (Moncton). Crews are doing a watermain renewal and resurfacing McLaughlin Drive between Hennessey Road and Edmond Street. The work also will include some renewals of sewer system, as well as curb and sidewalk.
~ Delays on Route 11 at the Viaduc Road underpass near Shediac Bridge this week (July 13 to July 17), weather permitting. This closure is necessary for work underneath the new structure deck. Traffic will be detoured by using the Route 11 ramps.
~ Lane reductions on Champlain Street starting Monday:
The City of Dieppe advises there'll be lane reductions on Champlain St between Marché and Collège from Mon July 20 to Fri July 24. #sewerwork
Businesses will remain accessible during construction.
.
ICYMI, Here are the rules for watering your lawn in Moncton:
💧 No watering between 8 am and 6 pm.
💧 Civic addresses ending in an even number must water on even dates.
💧 Civic addresses ending in odd numbers must water on odd dates.
.
🏒⚾🏈🏀Sports Links:
-All major sport scores: HERE
.
*Gas:
⛽EUB current prices HERE
⛽Gas Buddy Price Comparison HERE
⛽Gas Expert (local) HERE
⛽Gas expert (intl) HERE
.
*Lotto:
-Atlantic Lotto Winning Numbers HERE
.
🤠Contact🤠©Scotty and Tony Show on Stingray™ 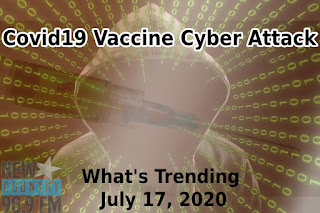