This Week in UFOs: The Truth is In Here #PopularMechanics #UFOs #UAPs #unidentifiedaerialphenomena 🛸

**Editor's Note April 28: The videos that were acknowledged by the Navy a while ago are now officially acknowledged by the Pentagon.
*Editor's Note* This is a Scotty deep dive into UFOs inspired by THIS Popular Science Mechanics article. The article has been trending online.
Primer Notes for Non-believers:
🛸People inside the US Gov say they have been investigating UFOs for years.
🛸UFOs are real, but WHAT they are is anyone's guess.
🛸Things really got rolling on the US UFO Program story when the NYT did THIS ARTICLE.
🛸The US UFO Program that everybody's been talking about is the Advanced Aerospace Threat Identification Program (AATIP... pronounced ^AY tip).
🛸Some pretty good evidence of weirdness came from military eyewitnesses and video footage from what is called the Nimitz (aircraft carrier) Encounter around 2004. People saw some whacked-out stuff. There's more video and photos with this Pop Sci article.
🛸How can they cover up things like this? One way to keep weird, X Files type government investigations quiet, is to award the research contract to a private company that doesn't fall under the Freedom of Information Act. (Looking at you, Bigelow Aerospace.)
🛸Speaking of Weird Things: a private scientific investigation company got government funding to study not only strange aerial phenomena, but also what most of us would call a HAUNTED RANCH in Utah. 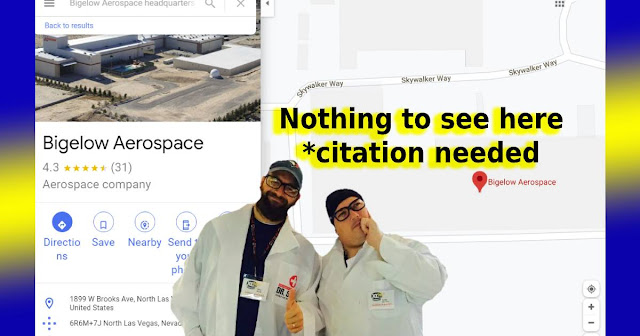 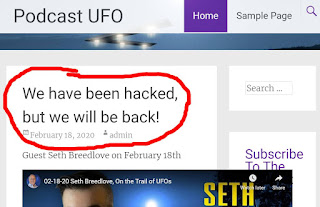