The World Acadian Congress is a very big (very) get-together of Acadians from all over the world. There are many (like, many) activities planned.
Couple of highlights...
-Aug 15th:
^5p is Official ceremony for National Acadian Day at Place 1604 in Dieppe
^5:55p is Le Grand Tintamarre leaving Place 1604 in Dieppe
^7p is the National Acadian Day Show at the MusiquArt site on Notre Dame St
Here's the Tintamarre route and the road closures... 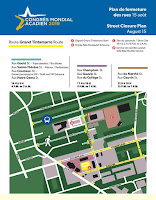 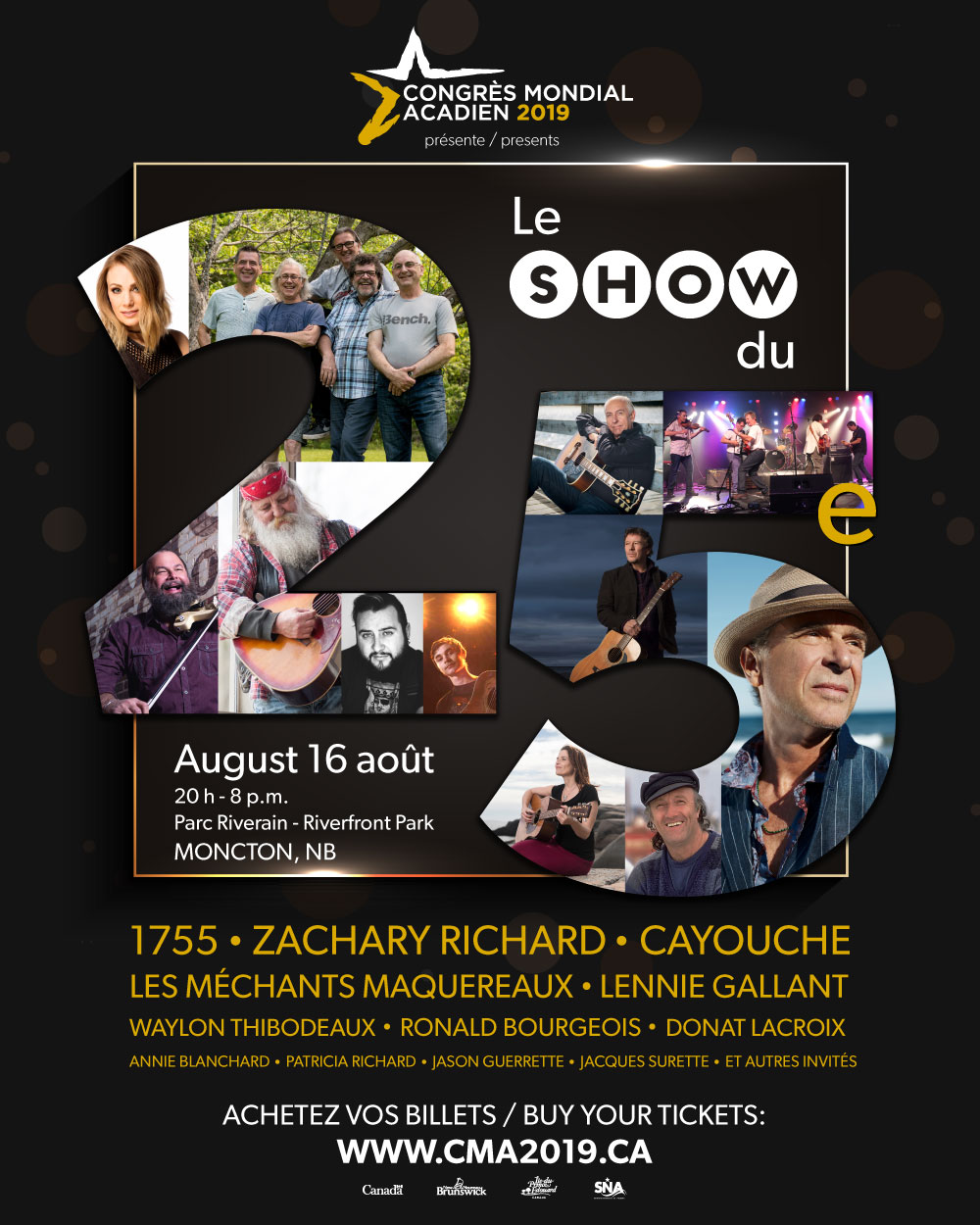 Note: The World Acadian Congress stuff happening downtown means street closures downtown near Riverfront Park…
1) Until Sunday Aug 18 at 2:00p the Eastbound lane of Assomption is closed between Lutz and Downing. Note: Intersections are open and travelling south on Westmorland you'll still be able to turn right onto Assomption and go West.
2) Fri Aug 16 and Sat Aug 17 from 2:45p until 2:00a the Westbound lane of Assomption will also be closed between Main and Westmorland.(HERE for more details on the World Acadian Congress).