►Stream ■ iPhone ■ Android ■ Contact Us/ Links ■ Share ■ Home ■ Podcast ■ Songs & Clips ■
>This Week in Bacon… someone from the Food Network went viral this week with an instructional video on how to best cook bacon… boil it for awhile in the frying pan, burn off that water and continue frying… then presto changeo rearrangeo© you get the perfect fried bacon… we are unsure… video linkeo© 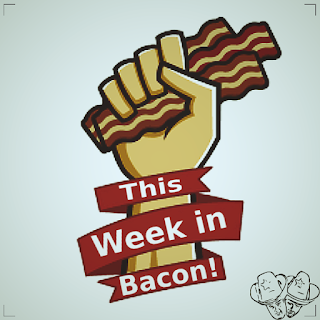 >This Week in Plastic… (via) the story got trending this week about how banning plastic is so complicated… almost not good! Based on places that have banned plastic bags, here’s what happens… once they ban plastic grocery bags we start buying more little garbage bags… so far that’s not terrible (we’ll still use less plastic overall) and using paper bags at the grocery store means less litter because paper bags biodegrade… so that’s the good- less litter… now… when they chop down trees and make them into paper bags they use a lot of water and chemicals… some other stuff… there’s a big carbon footprint… and when you factor it all in they think that banning plastic bags will actually increase greenhouse gases... so Global Warming?!
... What if I bring my own recyclable bag? Someone did a study on that too… they say you’d have to use your recyclable bag around 20,000 times for them to be better for the environment…
The best thing for carbon footprint is don’t ban plastic bags, charge a plastic bag tax, and put people who litter on some kinda chain gang... 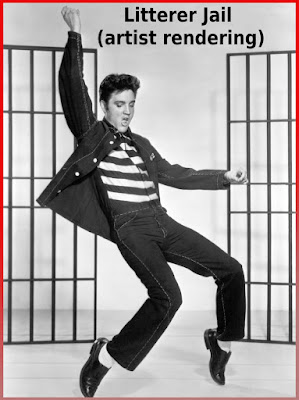 >This Week in Bacon Part 2! Soundbite from Jim Gaffigan…


>This Week in Booze… a company that sells wine juice boxes got trending this week… via... Franzia Wine is the world’s most popular wine according to a real statistic... and their juice box sized wine is very popular... so more portable and less shame maybe? (instead of drinking an entire large box o wine you drink several small boxes… I don’t drink but that’s how it is for me with Halloween size chocolate bars… I’ll eat a hundred miniature KitKats instead of a giant Toblerone because of shame and fear of judgment…


>This Week in Condiments… (via) Heinz has combined Ketchup and Ranch Dressing to make Kranch Sauce… they already have MayoMust and MayoCue and MayoChup… and now Kranch… which my kids have made for years… it’s fine dining at our house… do you think our kids know how lucky they are? When we were kids we had mustard in a jar that you had to spread by hand like a chump… (and glass ketchup bottles that you had to smash on the bottom)… now you press a button and a drone delivers Kranch right to your mouth basically… amazing times!


>This Week in Tortillas… why do people throw tortillas at basketball games? Should we do this at sporting events around here? Final question: is anyone else hungry? via

>This Week in Jeopardy Records...
James just broke the single-game winnings record with a total of $110,914! pic.twitter.com/tVkOlivPY5