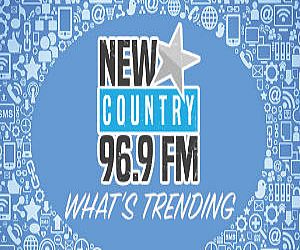 (so, some counties no burn, some late evening burn, some all day burn. a new firepit index comes out at 2:00 today)

-special olympics summer games continue today in moncton... university of moncton and other venues will be hoppin' today... schedule & more info, including a how to donate to special olympics nb at (http://www.scottyandtony.com/2017/07/special-olympics-summer-games-start.html)

More News...
-have you heard of needle dogs moncton? they make the city safer... volunteers pick up dirty needles and drug stuff and get it off the street... but the group has been stock-piling needles because no pharmacies or hospitals will take them... it's really because the needles are mixed in with (sometimes) drugs, pipes, and other drug stuff. the needle dogs crew was at city hall yesterday to ask for help... they brought some of their needle collection too... but the city didn't have a solution... a few places will take needles if they're separated from the other stuff... and the rcmp will take the drug stuff... but right now it's like there are too many steps and complications to make that work. if you want to find out more about needle dogs moncton, their facebook is https://www.facebook.com/r1hyslop/ here's a link about needle safety to share with the kids in your life http://www.hss.gov.yk.ca/pdf/needlesafety.pdf

#FishStories
-1000 baby lobsters released into shediac bay yesterday to help the fishery... some neat pictures of it in the times & transcript (the lobster releases are put on by the eco centre at the pointe du chene wharf... they're doing another release on aug 12th. if you want to buy a ticket and be a part of sending those baby lobsters into the world, here's the link for info: http://www.ecocentrehomarus.org/#visite-de-groupgroup-tour)

-Fisheries and Oceans Canada is closing the snow crab fishery in a section of  the Gulf of St. Lawrence to protect Right whales (they get tangled up in snow crab fishing gear... right whales have been dying in the gulf.)

-Fisheries and Oceans Canada has also closed 26 salmon pools on the Miramichi because the water's warm and that puts fish under stress... so no fishing until things cool off...

All the sports, all the scores here (http://www.flashscore.ca/)